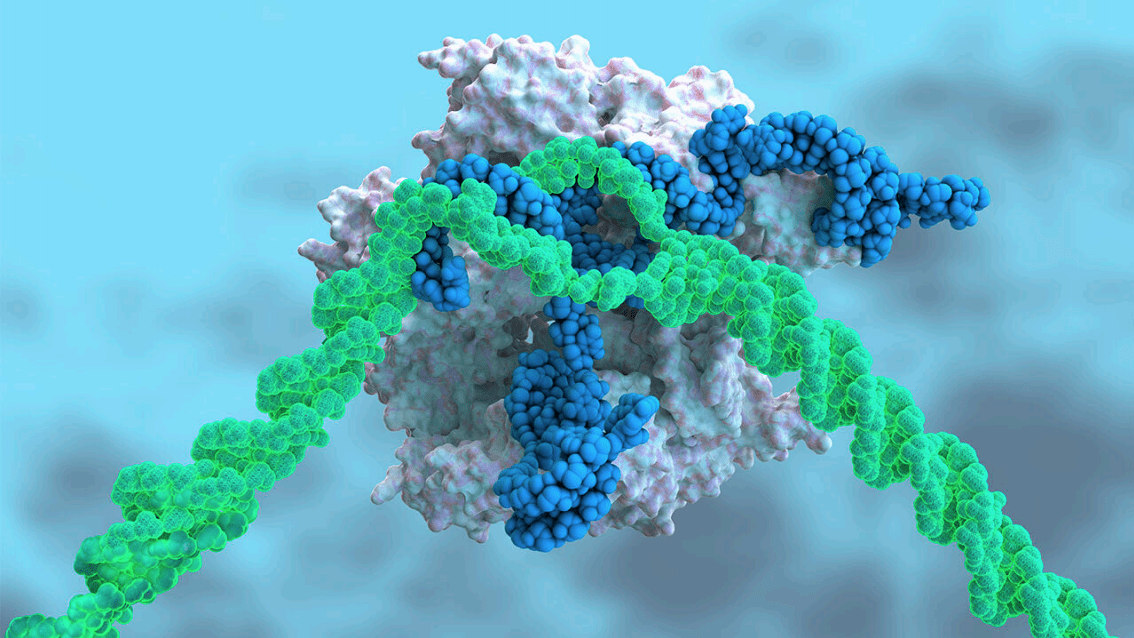 The gene editor CRISPR excels at Exing disease mutations in lab-grown cells. But using CRISPR to treat most people with genetic disorders requires clearing an enormous hurdle: getting the molecular scissors into the body and having it slice DNA in the tissues where it’s needed. Now, in a medical Erst, researchers have injected a CRISPR drug into the blood of people born with a disease that causes fatal nerve and heart disease and shown that in three of them it nearly shut off production of toxic protein by their livers.

Although it’s too soon to know whether the CRISPR treatment will ease the symptoms of the disease, known as transthyretin amyloidosis, the preliminary data reported today are generating excitement about what could be a one-time, lifelong treatment. “These are stunning results,” says gene editing researcher and cardiologist Kiran Musunuru of the University of Pennsylvania, who was not involved in the trial. “It exceeds all my expectations.”

The work also marks a milestone for the race to develop treatments based on messenger RNA (mRNA), the protein-building instructions naturally made by cells. Synthetic mRNAs power two COVID-19 vaccines being given to millions of people to Eght the coronavirus pandemic, and many companies are working on other mRNA vaccines and drugs. The new treatment, which includes an mRNA encoding one of CRISPR’s two components, “begins the convergence of the Eelds of CRISPR and mRNA,” says cardiovascular researcher Kenneth Chien of the Karolinska Institute, a co-founder of Moderna, which makes one of the COVID-19 vaccines and is also developing mRNA drugs.

The CRISPR clinical trial aims to deactivate a mutated gene that causes liver cells to churn out misfolded forms of a protein called transthyretin (TTR), which build up on nerves and the heart and lead to pain, numbness, and heart disease. The resulting condition is relatively rare, and an approved drug, patisiran, can stabilize it. But researchers at veteran biotech Regeneron Pharmaceuticals and startup Intellia Therapeutics saw it as a good proof of principle for the injectable CRISPR treatment they were developing.

Last year, researchers used CRISPR to turn on a fetal form of hemoglobin to correct sickle cell disease or a related disease in several people. The treatment required removing a patient’s diseased blood stem cells, modifying them with CRISPR in a dish, and then infusing them back into the body. A trial testing a direct injection of a virus encoding CRISPR’s components into the eye to treat a condition that causes blindness is also underway. But treating most other diseases means somehow injecting CRISPR’s components, or genetic instructions for them, into the blood and having the therapy target an organ or tissue—a huge challenge, but potentially easier in the liver because it sops up foreign particles.

In the CRISPR trial, four men and two women with transthyretin amyloidosis between ages 46 and 64 were injected with a lipid particle carrying two different RNAs: an mRNA encoding the protein Cas, the CRISPR component that snips DNA, and a guide RNA to direct it to the gene for TTR. After Cas makes its cut, the cell’s DNA repair machinery heals the break, but imperfectly, knocking out the activity of the gene.

After 28 days, three men given the higher of two doses of the treatment had an 80% to 96% drop in TTR levels, on par or better than the average of 81% with patisiran, the team reports today in The New England Journal of Medicine. “The data are extremely encouraging,” says trial leader Julian Gillmore of University College London, who also presented the study today at the online annual meeting of the Peripheral Nerve Society. “It could be potentially the Erst curative treatment for this hereditary disabling and life-threatening disease,” says neurologist David Adams of the University of Paris-Saclay, who led trials for patisiran. (That drug is a kind of RNA that silences TTR’s production temporarily, meaning it must be injected on a regular basis.)

It may take months for patients receiving the CRISPR treatment to see their symptoms lessen, but they reported few short-term side effects. Problems could surface over time: CRISPR could potentially make cuts in the wrong DNA location (and in nonliver cells), triggering cancer or other problems. But the lipid-encased mRNA approach is potentially safer than using viruses to ferry genetic instruction for encoding an editing protein and guide RNA into cells, a tried-andtrue approach others are pursuing for systemic treatments. Those genes can persist in cells, continuing to make the gene editor long after it has done its job. In contrast, “The beauty of mRNA is that it is gone afterwards,” Chien says.

The study paves the way for treating other liver diseases with CRISPR, either by knocking out a gene or—more challenging—modifying it with the help of a DNA template. The latter approach could also be used to turn the liver into a factory for making an enzyme needed elsewhere in body.

Jennifer Doudna of the University of California, Berkeley, who shared a Nobel Prize last year for discovering CRISPR and co-founded Intellia, sees even bigger prospects. The new work, she says, is “a critical Erst step in being able to inactivate, repair, or replace any gene that causes disease, anywhere in the body.”